(Continuing with our 7 of the greatest Nurses in American History, check the part 4 here: https://www.pulseuniform.com/coffee-time/7-greatest-nurses-in-american-history-helen-fairchild/)

Born Margaret Higgins on September 14, 1879, in Corning, New York. She was one of 11 children born into a Roman Catholic working-class Irish American family. Her mother, Anne, had several miscarriages, and Margaret believed that all of these pregnancies took a toll on her mother's health and contributed to her early death at the age of 40 (some reports say 50). Seeking a better life, Sanger attended Claverack College and Hudson River Institute in 1896. She went on to study nursing at White Plains Hospital four years later. In 1902, she married William Sanger, an architect. The couple eventually had three children together.

Sanger started her campaign to educate women about sex in 1912 by writing a newspaper column called "What Every Girl Should Know." She also worked as a nurse on the Lower East Side, at the time a predominantly poor immigrant neighborhood. Through her work, Sanger treated a number of women who had undergone back-alley abortions or tried to self-terminate their pregnancies. Sanger objected to the unnecessary suffering endured by these women, and she fought to make birth control information and contraceptives available. She also began dreaming of a "magic pill" to be used to control pregnancy. In 1914, Sanger started a feminist publication called The Woman Rebel, which promoted a woman's right to have birth control.

The monthly magazine landed her in trouble, as it was illegal to send out information on contraception through the mail. Rather than face a possible five-year jail sentence, Sanger fled to England. While there, she worked in the women's movement and researched other forms of birth control, including diaphragms, which she later smuggled back into the United States

In 1921, Sanger established the American Birth Control League, a precursor to today's Planned Parenthood Federation of America. She served as its president until 1928. In 1923, while with the league, she opened the first legal birth control clinic in the United States. The clinic was named the Birth Control Clinical Research Bureau. She died on September 6, 1966, in a nursing home in Tucson, Arizona. Across the nation, there are numerous women's health clinics that carry the Sanger name—in remembrance of her efforts to advance women's rights and the birth control movement. 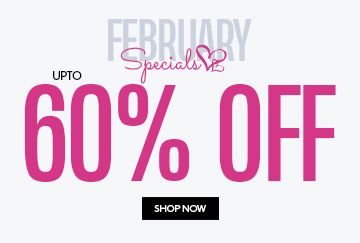