(Continuing with our 7 of the greatest Nurses in American History, check the part 2 here:https://www.pulseuniform.com/coffee-time/7-of-the-greatest-nurses-in-american-history-dorothea-dix/)

Mary Breckinridge, born in 1881 to an influential Kentucky family, enjoyed a privileged childhood and education in the U.S. and Europe. Her father was the U.S. ambassador to Czar Nicholas II of Russia from 1894 to 1897. In 1906, Breckinridge was widowed at age 26. Following the death of both her children at an early age, Breckinridge dedicated her life to improving the health of women and children. She became a registered nurse in 1910, at St. Luke's Hospital in New York. While working in France during World War I, she was exposed to new health care ideas

After the war, Breckinridge studied public health nursing at Columbia University. She decided to tackle the health problems of eastern Kentucky, an area of few roads and no physicians, thinking that if her plans succeeded in such a poor, inaccessible area, they could work anywhere. Traveling on horseback, she surveyed families about their health needs and local lay-midwives about birth practices. She found that women lacked prenatal care and gave birth to an average of nine children, primarily attended by self-taught lay midwives, farmers' wives who relied on folklore and invasive practices.

Breckinridge saw high maternal mortality and came to believe that children's health care should begin in the prenatal period, focusing on birth and a child's first years. She returned to London to become a certified nurse-midwife. She then visited Scotland to observe the work of a community midwifery system serving poor, rural areas; its decentralized structure served as a model for the Frontier Nursing Service. Returning to Kentucky in 1925, Breckinridge began the work that would introduce a new type of rural health care system in the United States.

Frontier Nursing Service and its success

The Frontier Nursing Service (FNS) was established in 1925 as a private charitable organization serving an area of about 700 square miles in southeastern Kentucky. Through her influential connections and speaking engagements, Breckinridge raised over $6 million dollars to support the organization. The staff was initially composed of nurse-midwives trained in England. They traveled on horseback and on foot to provide quality prenatal and childbirth care in the clients' own homes, functioning as both midwives and family nurses. Clients could pay the low fees in money or goods, and no one was turned away. In the area served, both maternal and infant mortality rates decreased dramatically.

Since 1925, the FNS has registered over 64,000 patients, and in its first 50 years, it “delivered 17,053 babies with only 11 maternal deaths. ” An FNS-trained nurse-midwife began the first American school of midwifery in New York in 1932, and the FNS founded its own school in Hyden, Kentucky, in 1939. Breckinridge ran the Frontier Nursing Service until her death in 1965. 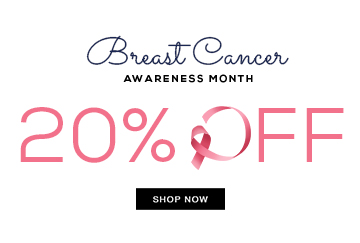