Top 10 Medical Innovations to keep your eye on in 2016 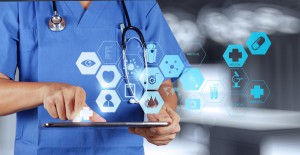 Every year since 2007 the Cleveland Clinic releases its annual 'Top 10 Medical Innovations' List. This list has quickly become a parameter for gauging the game-changing technologies that will have the most impact in the coming year. The annual Top 10 Medical Innovations was developed to see what clinical leaders are saying to each other and what innovations they feel will help shape healthcare over the next 12 months. The Cleveland Clinic's 2016 Medical Innovation Summit ended with listing ten of breakthrough science techniques and innovation for the year of 2016. Here is the list they came up with:

1. RAPID DEVELOPMENT OF EPIDEMIC-BATTLING VACCINES
Since the rampant spread of Ebola in Africa and bacterial meningococcal (Meningococcal B) outbreaks in the United States, Researchers are developing effective vaccines faster than ever to avoid epidemics. In both the cases, physicians, scientists, companies and government agencies revolutionized with unparalleled speed to move new vaccines from laboratories to clinical testing in large batches. The most encouraging Ebola vaccine results emerged in only 12 months. While not yet licensed for use in humans, it's expected to be available in 2016.

The traditional randomized orderly trial is the standard of clinical research and it has ruled the industry for 50-plus years. But due to this random selection technique, patients often have to suffer long waits and it might not even match the specification of their diseases. To avoid the delays and mismatch Genomics-based clinical trials are being introduced. They are speeding the development of new targeted therapies. Patients are matched with experimental trials according to their genetic profile. Genetic profiling shortens the time and increases the chance of patients benefiting from these trials.

This one is being hailed as the scientific breakthrough of the year. Up till now changing DNA was limited to only fictional stories but now CRISPR is changing this. Not only DNA editing is a reality now but also at a fraction of the cost of its prior attempts. CRISPR stands for clustered regularly interspaced short palindromic repeats and is an original technology for editing genes in living organisms. You can call it 'crispr' for short. Scientists who use this technology say it has made targeting and changing genes in a cell's DNA easier and more exact than ever before. With this technology scientists will be able to correct genes leading to diseases and faulty DNAs.
4. WATER PURIFICATION SYSTEMS FOR PREVENTION OF INFECTIOUS DISEASES
What if sewage could be transformed to drinking water? Even though the idea makes you gag it might prove to be the most beneficial for developing countries with little to no clean water. Unclean water contributes for 10% of the diseases in the entire world. Therefore scientists have taken a radical approach of turning sewage into safe drinking water. This will be done through a machine called the 'sewage processor'; it is currently selling at $1.5 million dollars. Just one processor is said to generate enough water for 100,000 people.

5. CELL-FREE FETAL DNA TESTING
Pregnancy is a hard time in a woman's life. Keeping track of her diet, exercise, reading books to be informed, in today's day and age parents have proven to be very proactive when bringing a baby to this world. Although there are genetic disorders which are not in control of the parents. These are only tested through battery of blood tests and ultrasounds which put pregnant ladies in lot of undue stress. These tests however results in false positives and do little successfully predict the diseases. Now cell-free Fetal DNA Testing dramatically decreased the false positives for Down and Edwards syndromes, while increasing the rate of a correct prediction by 10 and 5 times respectively.

6. CANCER SCREENING VIA PROTEIN BIO MARKER ANALYSIS
Previously scientists have used data analysis of single protein in biological fluids to predict cancer. This however this had very limited diagnostic value to be used in laboratories. However In 2016 scientists will be able to predict cancer through following changes in proteins circulating in our blood. This bio marker platform is not only accurate but also inexpensive and could be more easily adapted by labs throughout the world.
7. NATURALLY CONTROLLED ARTIFICIAL LIMBS
“Brain-machines-Interface” yet again sounds like a term from a sci-fi fiction but now it's a reality. These 'BMI” are sensors planted in human brain which then send signals wirelessly to robotic arm or a prosthetic. The prosthetic follows the command given to it. This technology has vastly improved lives of amputees and people suffering from spinal cord injuries. Due to their six figure prices they haven't been adapted that rapidly.

8. FIRST TREATMENT FOR HSDD
In firsts for women this year, this was another first. Up till now medications and treatments only addressed male sexual dysfunction, however now HSDD (hypoactive sexual desire disorder) or loss of sexual desire in premenopausal women can be treated by flibanserin which was approved by FDA this year. It is non-hormonal drug and it is not approved for post-menopausal HSDD.
9. FRICTION LESS REMOTE MONITORING

Monitoring a biomarker in blood involves lot of poking and needles. Lessening such taxing activities could go a long way in helping patients who are already suffering, as well as provide valuable data to the study of their diseases. With the advent of 'wearable technology' new methods like skin patches that measure biomarkers in sweat, exposure to UV rays, monitor heartbeat and blood pressure while exercising are one way researchers hope to reduce this burden. Such patches could be used to diagnose pregnancy, hypertension, or hydration with minimal friction or effort from the patient.

For years, the only FDA-approved treatment has been a clot-busting drug that is not always effective, which is why doctors are excited about neurovascular stent retrievers.
The stent retriever is used in a procedure called a mechanical thrombectomy in which a wire-caged device is sent to the site of the blocked vessel. A catheter is threaded via the femoral artery to the occlusion. When it reaches the site, the stent is deployed; a 3D mesh tube unfolds and seizes the clot. The stent is then threaded back out of the body and blood flow is restored. These stents will be a staple supply in hospitals in 2016. 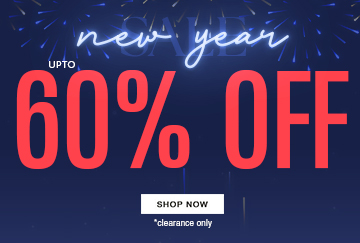