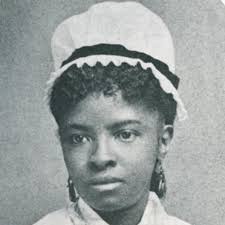 (Continuing with our 7 of the greatest Nurses in American History, check the part 5 here: https://www.pulseuniform.com/coffee-time/7-greatest-nurses-in-american-history-margaret-sanger/)

Mary Eliza Mahoney was born on May 7, 1845 (some sources say April 16, 1845), in the Dorchester neighborhood of Boston, Massachusetts. After working for several years as a private-duty nurse at Boston's New England Hospital for Women and Children, in 1878, Mahoney was admitted to the hospital's nursing program.

Pioneer of Nursing and Voting

The following year, Mary Mahoney made history when she became the first black woman to complete nurse's training. Subsequently, she became one of the first black members of the Nurses Associated Alumnae of the United States and Canada (later renamed the American Nurses Association), as well as a member of the newly founded National Association of Colored Graduate Nurses.

In addition to her pioneering efforts in nursing, Mahoney has been credited as one of the first women to register to vote in Boston following the ratification of the 19th Amendment, granting women's suffrage, on August 26, 1920.

In the early 1900s, Mahoney relocated to Long Island, New York, to serve a stint as supervisor of the Howard Orphan Asylum for Black Children, returning to Massachusetts thereafter.